A group of small power stations making use of renewable sources may not be described as a standard workplace. The particular sources are or will be situated on places which are suitable for them. Only a small solar power station is placed directly on the building of the automation institute. The power performance of sources which are located out of reach of the institute will be sent wireless to the workplace. The connection to E.E.S (Experimental Energy Network) will be realized on the workplace via simulation of received data. 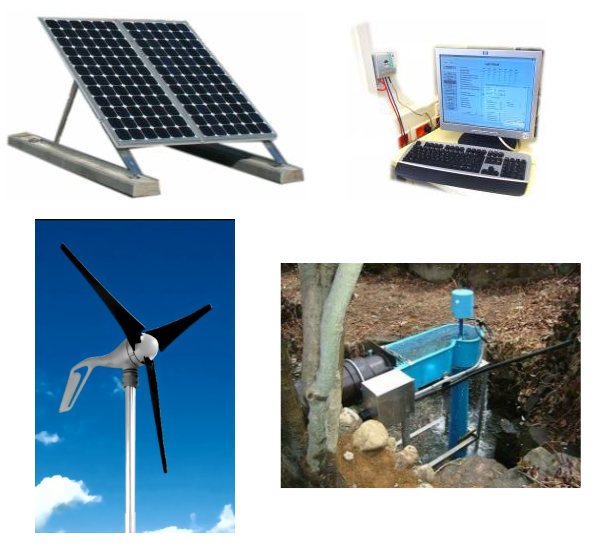